The K6-III, code-named "Sharptooth", was an x86 microprocessor manufactured by AMD, released on 22 February 1999, with 400 and 450 MHz models. It was the last Socket 7 desktop processor. For an extremely short time after its release, the fastest available desktop processor from Intel was the Pentium II 450 MHz. However, the K6-III also competed against the Pentium III "Katmai" line, released just days later on February 26. "Katmai" CPUs reached speeds of 500 MHz, slightly faster than the K6-III 450 MHz. K6-III performance was significantly improved over the K6-2 due to the addition of an on-die L2 cache running at full clock speed. When equipped with a 1MB L3 cache (on the motherboard) the 400 and 450 MHz K6-IIIs is claimed by Ars Technica to often outperform the hugely higher-priced Pentium III "Katmai" 450- and 500-MHz models, respectively. 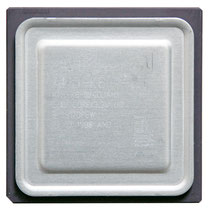 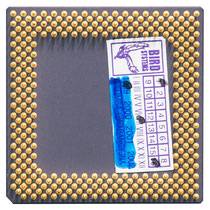 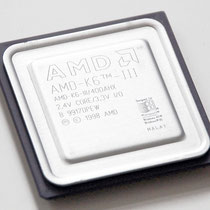 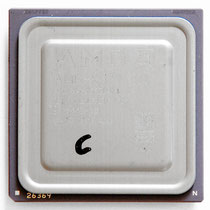 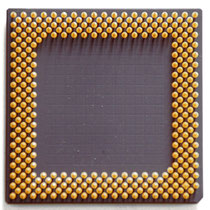