The Intel 80386 is a 32-bit microprocessor introduced by Intel in 1985. The first versions had 275k transistors and were used as the CPU of many workstations and high-end PC of the time.

Mainboards for 80386-based computer systems were cumbersome and expensive at first, but manufacturing was rationalized upon the 80386's mainstream adoption. The first personal computer to make use of the 80386 was designed and manufactured by Compaq and marked the first time a fundamental component in the IBM PC compatible de facto-standard was updated by a company other than IBM. 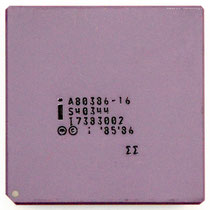 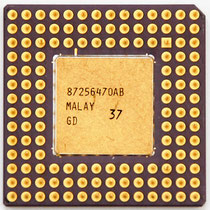 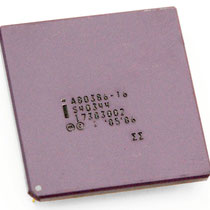 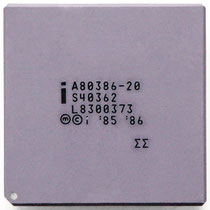 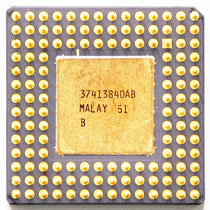 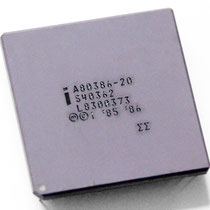 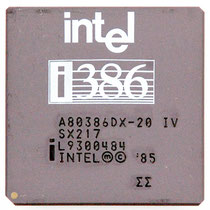 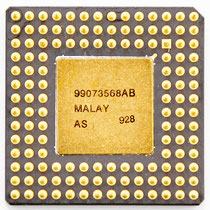 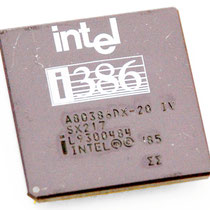 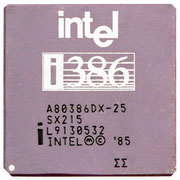 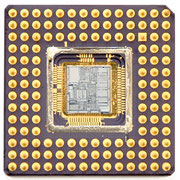 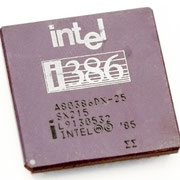 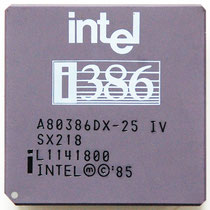 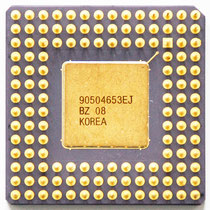 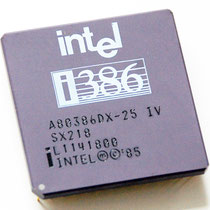 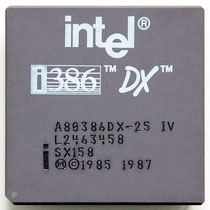 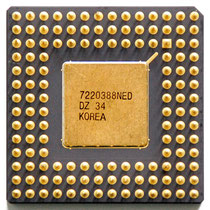 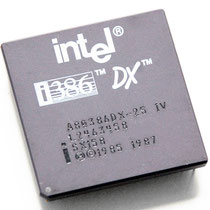 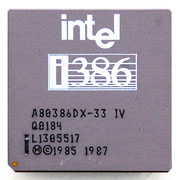 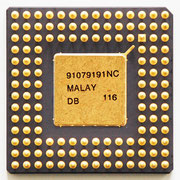 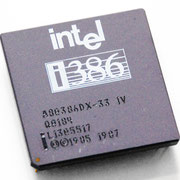 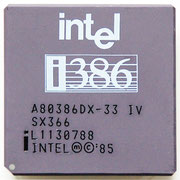 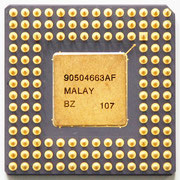 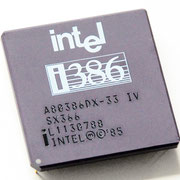 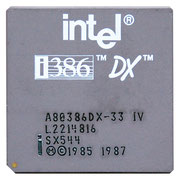 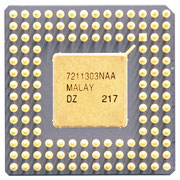 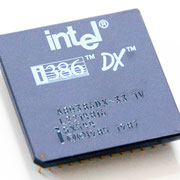