In 1998, Intel stratified the Pentium II family by releasing the Pentium II-based Celeron line of processors for low-end workstations and the Pentium II Xeon line for servers and high-end workstations. The Celeron was characterized by a reduced or omitted (in some cases present but disabled) on-die full-speed L2 cache and a 66 MT/s FSB. The Xeon was characterized by a range of full-speed L2 cache (from 512 KB to 2048 KB), a 100 MT/s FSB, a different physical interface (Slot 2), and support for symmetric multiprocessing.

The first Xeon-branded processor was the Pentium II Xeon (code-named "Drake"). It was released in 1998, replacing the Pentium Pro in Intel's server lineup. The Pentium II Xeon was a "Deschutes" Pentium II (and shared the same product code: 80523) with a full-speed 512 kB, 1 MB, or 2 MB L2 cache. The L2 cache was implemented with custom 512 kB SRAMs developed by Intel. 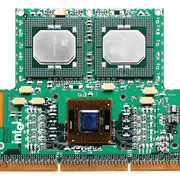 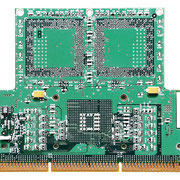 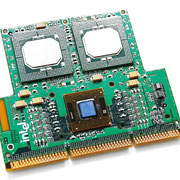 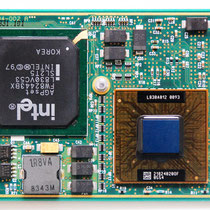 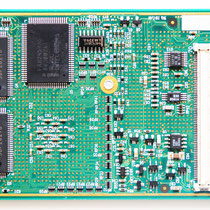 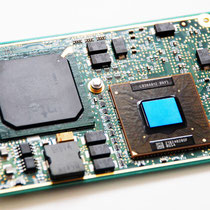 Sorry, but there is no specification for this CPU at this time due to missing SSpec.