Pentium 4 is a line of single-core desktop and laptop CPUs introduced by Intel on November 20, 2000 and shipped through August 8, 2008. They had a 7th-generation x86 microarchitecture, called NetBurst, which was the company's first all-new design since the introduction of the P6 microarchitecture of the Pentium Pro CPUs in 1995. NetBurst differed from P6 (Pentium III, II, etc.) by featuring a very deep instruction pipeline to achieve very high clock speeds. Intel claimed that NetBurst would allow clock speeds of up to 10 GHz; however, severe problems with heat dissipation (especially with the Prescott Pentium 4) limited CPU clock speeds to a much lower 3.8 GHz.

On February 1, 2004, Intel introduced a new core codenamed "Prescott". The core used the 90 nm process for the first time. The "Prescott" Pentium 4 contains 125 million transistors and has a die area of 112 mm^2. Originally, Intel released two Prescott lines: the E-series, with an 800 MT/s FSB and Hyper-Threading support, and the low-end A-series, with a 533 MT/s FSB and Hyper-Threading disabled. Intel eventually added XD Bit (eXecute Disable) and Intel 64 functionality to Prescott. 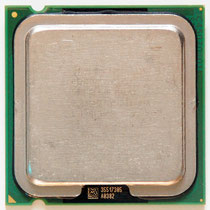 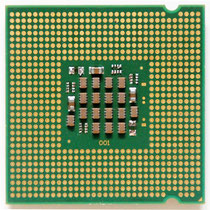 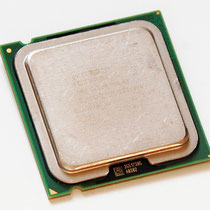 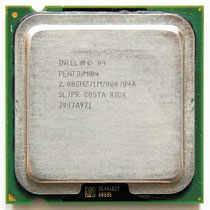 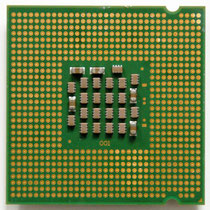 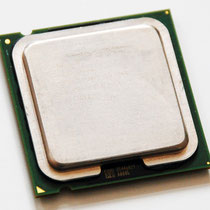 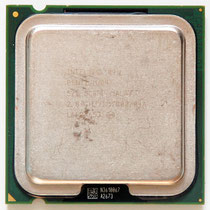 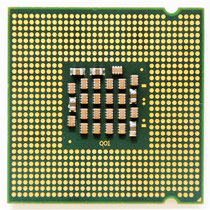 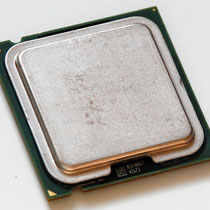 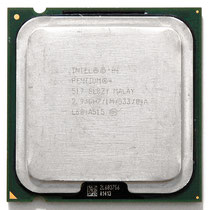 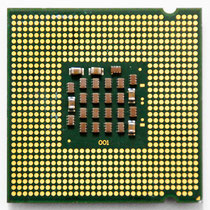 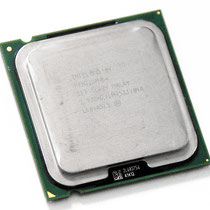 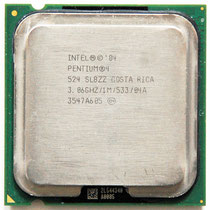 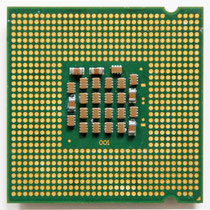 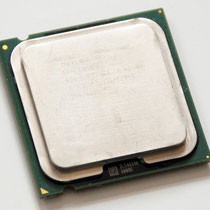 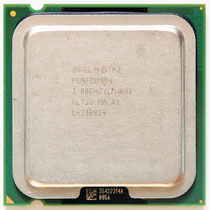 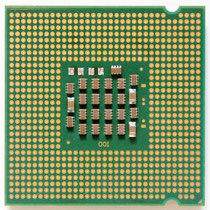 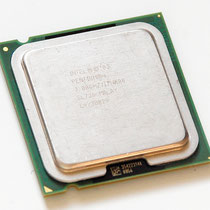 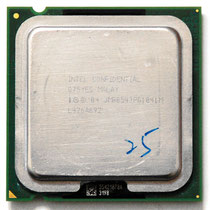 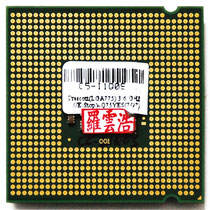 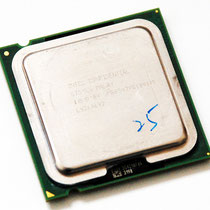 Intel, by the first quarter of 2005, released a new Prescott core with 6x0 numbering, codenamed "Prescott 2M". Prescott 2M is also sometimes known by the name of its Xeon derivative, "Irwindale". It features Intel 64, the XD Bit, EIST (Enhanced Intel SpeedStep Technology), Tm2 (for processors at 3.6 GHz and above), and 2 MB of L2 cache.

6xx series Prescott 2Ms have incorporated Hyper-Threading in order to speed up some processes that use multithreaded software, such as video editing. On November 14, 2005, Intel released Prescott 2M processors with VT (Virtualization Technology, codenamed "Vanderpool") enabled. 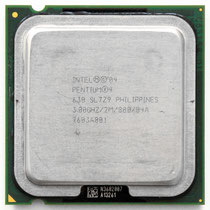 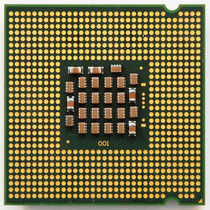 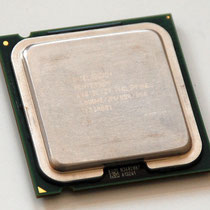 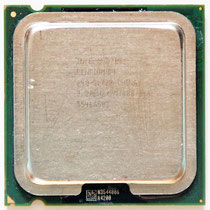 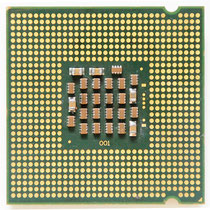 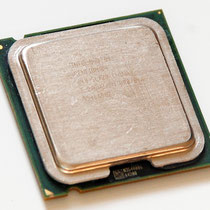 The final revision of the Pentium 4 was Cedar Mill, released on January 5, 2006. This was a die shrink of the Prescott-based 600 series core to 65 nm, with no real feature additions but significantly reduced power consumption. Cedar Mill had a lower heat output than Prescott, with a TDP of 86 W. The Core Stepping of D0 in late 2006 reduced this to 65 watts. It has a 65 nm core and features a 31-stage pipeline (just like Prescott), 800 MT/s FSB, Intel 64, Hyper-Threading, but no Virtualization Technology. As with Prescott 2M, Cedar Mill also has a 2 MB L2 cache. 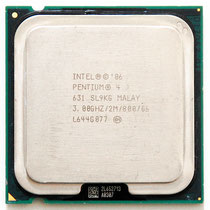 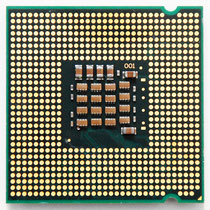 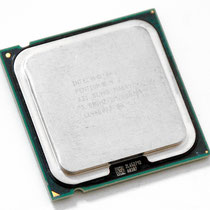