Intel's i960 (or 80960) was a RISC-based microprocessor design that became popular during the early 1990s as an embedded microcontroller, becoming a best-selling CPU in that field, along with the competing AMD 29000. In spite of its success, Intel dropped i960 marketing in the late 1990s as a side effect of a settlement with DEC in which Intel received the rights to produce the StrongARM CPU. The processor continues to be used in a few military applications.

The i960CA, first announced in July 1989, was the first pure RISC implementation of the i960 architecture. It featured a newly designed superscalar RISC core and added an unusual addressable on-chip cache, but lacked an FPU and MMU, as it was intended for high-performance embedded applications. The i960CA microarchitecture was designed in 1987-1988 and formally announced on September 12, 1989. 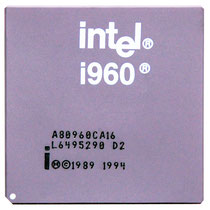 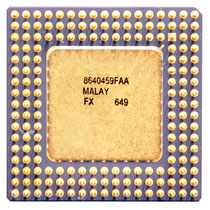 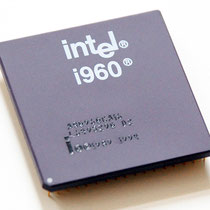 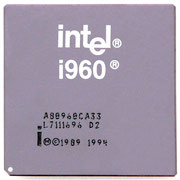 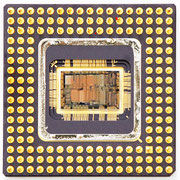 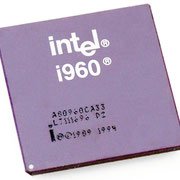 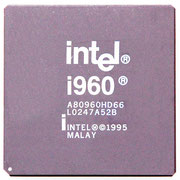 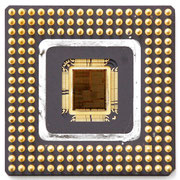 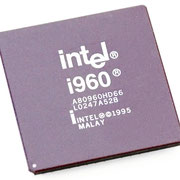 A version of the RISC core without MMU or an FPU became the i960KA, and the RISC core with the FPU became the i960KB. The versions were, however, all identical internally - only the labeling was different. This meant the CPUs were much larger than necessary for the "actually supported" feature sets, and as a result, more expensive to manufacture than they needed to be.

The i960KA became successful as a low-cost 32-bit processor for the laser-printer market, as well as for early graphics terminals and other embedded applications. Its success paid for future generations, which removed the complex memory sub-system. 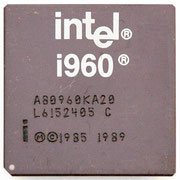 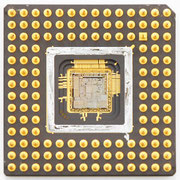 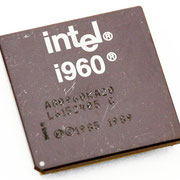