The Super386 processor family developed by Chips & Technologies was an enhanced version of the 80386 and therefore not a pure copy of the Intel 80386.

Chips & Technologies built two pipelines for instruction execution into the 386 and for some versions even a small L1 cache. Because of that, the Super386 was rather a fourth than a third generation x86 CPU and was even slightly superior to the performance of the Intel 80386. This made the processors comparable to the Cyrix Cx486D/SLC.

Nevertheless, Chips & Technologies didn't gain much attention with the Super386 and didn't develop a successor. 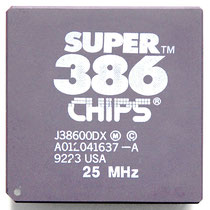 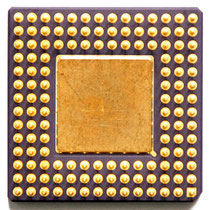 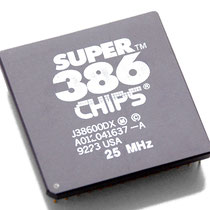