The Pentium M is a family of mobile 32-bit single-core x86 CPUs (with the modified Intel P6 microarchitecture) introduced in March 2003. The Pentium M processors had a maximum thermal design power (TDP) of 5–27 W depending on the model, and were intended for use in laptops (thus the "M" suffix standing for mobile). They evolved from the core of the last Pentium III - branded CPU by adding the front-side bus (FSB) interface of Pentium 4, an improved instruction decoding and issuing front end, improved branch prediction, SSE2 support, and a much larger cache. The first Pentium M - branded CPU, code-named Banias, was followed by Dothan. The Pentium M-branded processors were succeeded by the Core-branded dual-core mobile Yonah CPU with a modified microarchitecture.

As the M line was originally designed in Israel, the first Pentium M was identified by the codename Banias, named after an ancient site in the Golan Heights. The Intel Haifa Israel team had previously been working on the memory controller for Timna, which was based on earlier P6 memory controller designs giving them detailed knowledge of P6 architecture which they used when Intel gave them a crash project to create a backup mobile CPU. It was manufactured on a 130 nm process, was released at frequencies from 900 MHz to 1.7 GHz using a 400 MT/s FSB, and had 1 MB of L2 cache. The CPUID signature for a Banias is 0x69X. 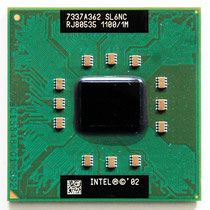 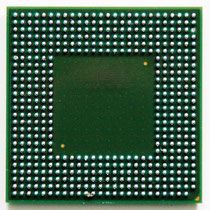 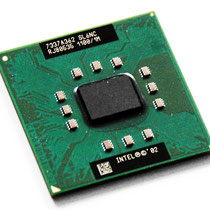 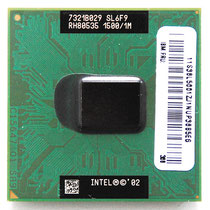 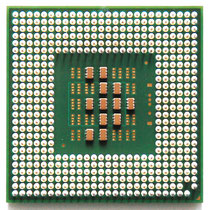 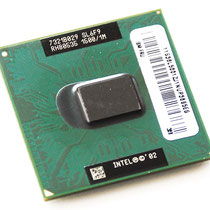